DID YOU KNOW YOU HAVE A RAINBOW HIDDEN INTO YOUR HEART? JUPITER SEXTILE SATURN SQUARE PLUTO 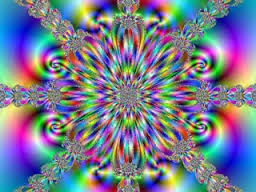 From November 2016 to January 2017 Jupiter in Libra will perform an interesting astrological dance. Jupiter in Libra is symbolizing the process of Alchemical Union of opposites reflected into our relationships. Even if we are single, the focus is still on how we relate with what we feel as opposite to us.
Planetary transits at the closing of 2016 will produce a deep impact on us. First of all we will feel it is time to fall in love with ourselves. it is now or never (just like Elvis used to sing - he was a Capricorn, a sign which is involved in this astrological dance). Love needs to flow free from within to the surface. We can surrender to a sort of new birth. Jupiter in Libra is allied with Saturn in Sagittarius, that is, our own inner conflicts can come to an end. After fighting for years against ourselves, inner opposites unite, giving life to a new blend of colors, hitherto unknown, with rich and appropriate nuances. For once we will be satisfied with our own imperfections, so we can finally relax and live for what we are, using our resources. The voices of the mind often at odds with each other, the crying of the Inner Child, the sharp criticism of the Great Judge, give way to a choral music with a strong impact on the soul, touching strings of our forgotten instruments. This is the ancient song reminding us of when we were living as a Flame, one with the Divine, as the mythical Androgynous, male and female at the same, in the same conscious Essence. This kind of love we are experiencing is drying the tears of the Inner Child and takes away power from the Judge as we no longer need his/her approval. It does not matter, as taught by Tobias of the Crimson Circle. And if we are feeling upside down, or frightened, let us discover which part of ourselves is asking to be listened to, to be loved. Maybe we are scared of being chased out from our comfort zone. So it is there, in that very moment, that the transmutation can occur.
Jupiter in Libra and Saturn in Sagittarius are supporting each other in creating a safe energy field where we humans can explore relations without too much emotional suffering, as for many of us this is a rather arduous journey. This background allows us to keep the proper attitude while observing how we move inside our couple or in being a single, if we take the necessary responsibility to stop feeling a victim and blaming each other.
Simultaneously to this, Jupiter in Libra is square to Pluto in Capricorn. The need to transcend, to go beyond appearances, beyond socially acceptable rules of behavior, so typically Libra, to descend into the sense of fusion with the opposite, a total, true and passionate fusion, without feeling afraid of getting lost. These next two months will be challenging us to get lost, not just to find ourselves again. There is no repetition or reactivation. It is not that we re-located. We are creating what we are just from the beginning, i.e. from the seed that gave us life. We are given the chance to write a new story that spread our new color nuances back towards the past, regenerating our cells, so that they can create a rich and powerful inner soil. When we decide that it's time to lighten our heart from any load, we allow the Self to come to the surface, after sleeping in unconsciousness for years. There was fear from suffering that placed a stone upon our soul, Its wounds causing our soul to remain hidden for lives and lives, unable to communicate with our conscious self.
Thanks to these powerful transits we are able to become aware of the hidden sorrows, feeling strong enough to face them. In this way we can build a bridge reaching to our soul, that can pass on new information to our human system, so we can remember who we are. Activating old memories that give birth to a new vision. 2017 will make the new vision a way of life. But I will write about this in another post.
Now, from he depths of our Heart, a Rainbow can let its light shine out.
Stefania Gyan Salila
Pubblicato da Astrologia Intuitiva a 13:32 Nessun commento: Link a questo post

11.11.2016 - SUN CONJUNCT LILITH IN SCORPIO - AN ALCHEMICAL PROCESS BETWEEN DARKNESS AND LIGHT HEALING OUR RELATIONSHIPS 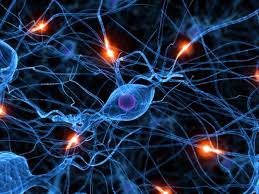 November 11 (11.11 Portal) this year comes along with a very special astrological aspect involving the Sun in Scorpio, getting into an accurate conjunction with Lilith, the Great Rebel, at 19 ° of the intense Water sign symbolizing the alchemical process between darkness and light, between distant opposites. On 11.11.2016 at 8.52 a.m. UTC  the Sun and the Dark Moon will give shape to the Great Cell where the opposites can unite.
The Sun is the symbol of Male, the archetype of Power of Man, but also representative of the Christ Consciousness that is developing on Earth.
Lilith is the symbol of the Shadow, the Witch, the powerful Feminine that Men had always feared and tried for centuries to dominate using force,  violence, denial and lies.
Last time this aspect occurred on November 5, 2007 and before on October 28, 1998. Before then, one must go back to November 02, 1945 to find a Sun-Lilith conjunction in Scorpio. 53 years of time during which the modern age developed together with the emancipation of women.
Why is the transit of Lilith in Scorpio particularly important? Because Scorpio is already shadow per se, created by intense unconscious emotions. Transiting there, Lilith is incarnating our unconscious in front of which we feel fragile, unable to control ourselves, victims of our needs, prey of a huge sense of loneliness. When the Sun arrives with its warmth, those cold feelings change their nature, and a profound alchemical process of a hard core of emotional suffering is activated. Where there was confusion, fear and sense of lack, now peace, clarity and presence can be perceived.
A whole era is coming to an end, during which we all experienced immense limitations when trying to integrate our male and female aspects, reflected outside in the great difficulties affecting relationships nowadays. The return of Lilith-Sun conjunction in Scorpio is taking us right at the time when the brightest light can combine with the darkest shadow. The greatest Void is turned on by the Spark of Life, a sort of primordial Big Bang for all of us. Where there was a dull aching pain a healing light is delicately taking a shape. Every living being that suffered over the centuries for challenging a bigger yet human power can now find peace because the Persecutor and the Victim are coming at the same level, putting an end to any kind of conflict. Differences are cancelled by an act of will to accept what is divergent from us. The Witch and The Inquisitor, divided  by an ancient mutual hatred can now take off their masks. It is a powerful opportunity to make peace with those who were our enemies, during this lifetime and in past lives, especially relating to relationships. Every inflicted pain is healed, every scar infused with love. It is no longer possible to remain in a state of separation, as everything is calling us to unity, beyond any fear, beyond any barrier. Our heart can no longer stand the heavy resentments from the past and the only thing it is longing for is forgiveness. And to fully forgive it is necessary to face unconscious issues of anger, especially the anger towards ourselves, for not being able to react against the betrayal of love. The conjunction of the two opposite sides Sun/Light - Lilith/Darkness is revealing our deepest wounds. Yet, the desire to overcome pride and sense and humiliation comes from the Self, pushing us to focus on the possibility to achieve a sense of unity never conceived before. The collective human consciousness has never been ready to perceive it yet. This is a fundamental first step on a 9-year cycle lasting until November 18, 2025, when the Sun/Lilith conjunction will come again.
In 2016 the joint Sun/Lilith aspect is particularly important as it occurs on 11.11, a significant numerological Portal, meaning Enlightenment. Bringing  light on the hatred between the genres is one of the first steps towards the awakening of consciousness, as it allows us to make a major change within, wanting to bring our inner parts together at peace, in a deep sense of unity. And if we can reach a peaceful dialogue between our opposites, we can somehow work out our idiosyncrasies, even just by accepting them, giving them a name, finding them the right place within us, without denying them. Finally feeling at ease with our own flaws. And this is indeed a great state of peace we can reach. Which may then be emanated outside.
There is no need to create outer rivals nor enemies. Time for war is over. A new consciousness is rising. We can protect it with a powerful network of light and an open heart.
Pubblicato da Astrologia Intuitiva a 14:08 Nessun commento: Link a questo post