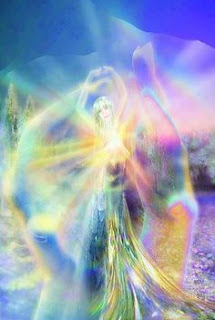 On October, 01 there was an interesting planet conjunction in Libra, the Zodiac Sign symbolizing the balance between two opposite ends - just like in a couple, where the different parts of male and female are trying to match to each other. This is of course true also within us, in reference to any of our inner aspects that makes us feel distant from our own core.
This conjunction is created by Jupiter - social deals, but also soul vows we pronounced in other times and spaces - at 4 ° Libra, getting very close to the New Moon, delicately embracing the Sun at 8 ° Libra. Jupiter and the Sun together form the two Suns, as mentioned in a previous post. While in the New Moon, the Sun is mingling with the Moon losing itself in this embrace,  especially when this happen in the sign of Libra, where the Solar/Male Archetype is on exile, due to the  declining daylight of the autumn season. Jupiter may expand the sense of dissolution of the ego, when our Self becomes deeply conscious of the existence of other  Selves, within and without, at any level of the Existence. How tightly are we identified with the mere ego? Can we allow ourselves to interact with someone next to us without expectations or projections, or requests?
The atmosphere of this New Moon has shifted the Ego barriers towards the Other, from the single to the couple, thus taking us back in time, in a point where we left our first deep love. No matter how far our heart will have to travel back, even lifetimes, as the Libra New Moon conjuct Jupiter allows the opening of a portal on the infinite, simply because time does not exists in the fifth dimension, where Heart rules. This effect will be experienced throughout the month of October, as Jupiter and the Sun will be triggered by the opposition of Uranus retrograde, planet of Light, which, although far away, at 23° Aries, is polarizing the axis Aries/Libra (I AM/WE ARE) creating a bridge between opposite dimensions.
What happens is that, going back to where it all began, we will understand the reason why we are now experiencing uneasiness in our couple. Or why is it so hard to attract a partner that can contain us and who we can contain. It is like facing our own truth in relations. Putting all the blame on the other, aren't we just projecting an unconscious self-judgement? It will be the time to face the mother of any battle ever fought, right there where it all started - within us. Until the Sun will be in Libra (around October 22) there will be a deep alchemical process going on inside of us. It will also be interesting to examine the nuances that will be created by the transition of our Star in Scorpio, where It will meet Her, the Great Rebel and Teaser, Lilith. Everything is calling us to fall in love, out of love.
Stefania Gyan Salila
Pubblicato da Astrologia Intuitiva a 15:35