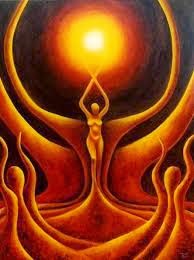 Pluto is the farthest planet from our Sun that Astrology takes into observation. If our Sun symbolizes the awaken consciousness, Pluto being so far away from It, is the unconscious, what is left hidden in the shadow.
It is a very slow planet, its transits last decades in each sign, therefore Pluto is called "generational planet" and it brings Death and Rebirth, thus Transformation, within the values of each sign touched by its transits.
People born between 1957 and 1972 have Pluto placed in Virgo, an Earth Sign connected to rules and structures. This Plutonian transit affected a whole generation of rebels, that shook and rocked the world in the 60s. They were Pure Pioneers between Old and New.
From 1973 and 1983 Pluto travelled in Libra and caused the dissolution of socially established family bonds (Libra symbolizes marriage) and human consciousness embraced the concept of a larger family linked by a Soul acknowledgement,  and not by blood.
From 1984 to 1996 Pluto explored the Space of Scorpio, the very same Water Sign ruled by Pluto. Death, Rebirth and Transformation were particularly strong here. During this transit  a magical aspect took place in the sky, the Harmonic Convergence (1987), the opening of a time space 25 years long, that led to a shift in consciousness we are living at present, represented by the Portal of December 2012.
From 1997 to 2008 Pluto met the energy of Sagittarius, a Fire Sign connected to the principle of "Spiritual Mission in Life". This was the transition towards the New Millenium and the end of the world as we know it.
From 2009 to 2023 Pluto will travel in Capricorn, the last Earth Sign, to be considered as it were a mountain to climb step by step, getting closer and closer to the top. This is the spirit experience we are now living, while we dream our future.
Periodically Pluto gets retrograde and the climbing gets slow, even slower than usual, wrapping us up in its density. Pluto is like a steamroller, its Light is a laser ray that wants to pierce the Capricorn mountain side, to let the Inner Flame out, which is always carefully hidden inside for protection. As time goes by, the Flame get more and more visible. During this process we pass through various steps of difficulty, when Light meets layers of resistence built by our ego, which are slowly dissolved.
These Summer months will see us slowly progressing in our process, it will be necessary to concentrate on the dissolution of old karma. Our daily life cannot go on until that very specific layer is dispelled.
As always, let us focus on breathing and listening. Nothing else to do.